Please note that this piece is a satire and no disrespect is intended or implied for all concerned.  Images are already publicly available, so we are not introducing any new exposure.  Thanks! 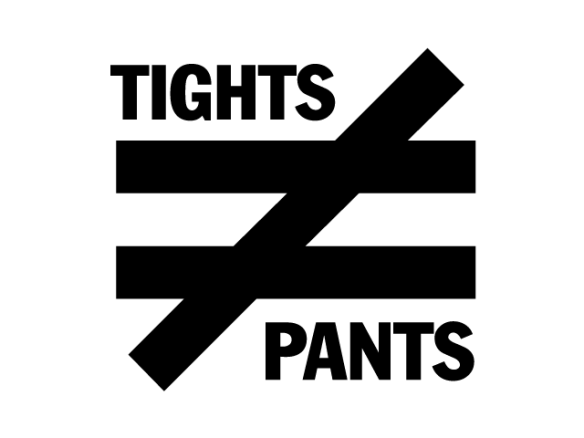 Yes, of course tights are literally not pants.  They may cover the legs in a similar fashion, but they cannot or should not replace pants.   They’re not designed to be worn as pants, because there’s really insufficient coverage in the panty/brief area.  But apparently, there are enough people out there crossing the line that someone decided to create a website specifically to call out the atrocity. Visit “Tights Are Not Pants“.  Click on the main image to read their manifesto.  It’s amusing.  😀

What brought this on?  I think it may have been Sienna Miller.  You see, she played Edie Sedgwick (she was the 1st cousin of Kyra) in the 2006 controversial movie “Factory Girl“.  Back in the 1960’s, Edie Sedgwick wore black tights most of the time she was involved with Andy Warhol‘s Factory.  Sienna seemed to adopt Edie’s retro look and she started wearing tights more often.  When Edie wore them, she often had a waist length shirt on and sometimes a leotard.

When Sienna was seen in public around the time of her role as Edie, she was wearing very opaque tights matched with a low profile black leotard.  The look made it appear as if all she had on below the waist was tights.  “Excuse me, Sienna. Did you lose your skirt somewhere?” 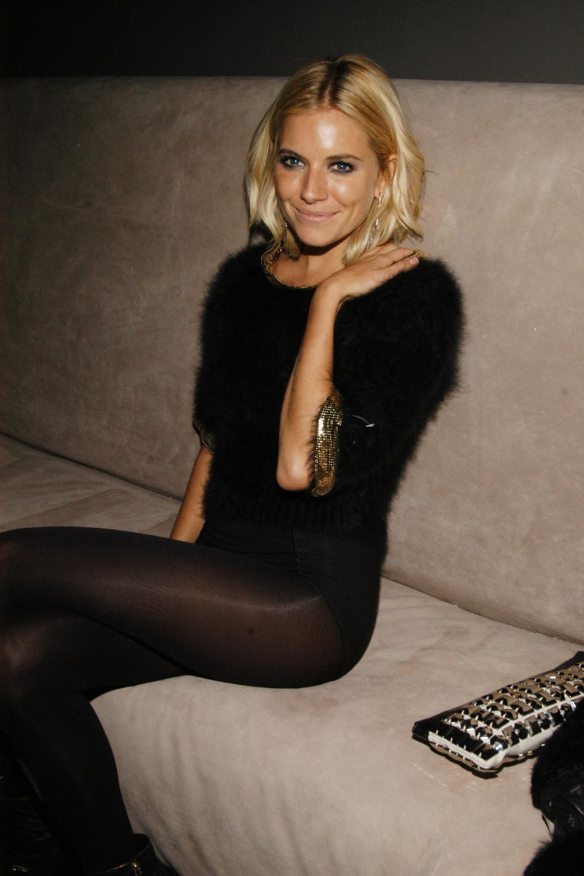 Now, from a fashion perspective, there’s nothing wrong with wearing tights and a very long shirt or sweater.  In essence, you could wear pants instead.  But the long shirt or sweater is serving as a kind of dress or gown, so… in this case the tights are OK.  On Sienna, the leotard hides enough of the tights to not be vulgar–but–there’s no doubt about it; you need a really svelte body to pull it off.  Sienna kind of does, but the fashion buzz about her outfit at the time was very mixed.

Recently, Katie Price (a British celebrity), was in a car crash where she emerged unharmed.  She wasn’t driving, but she did commit an offense anyway.  She was caught wearing tights as pants!  😮 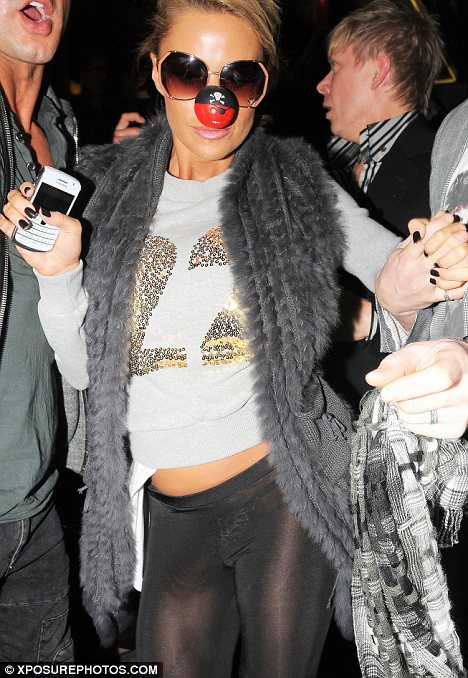 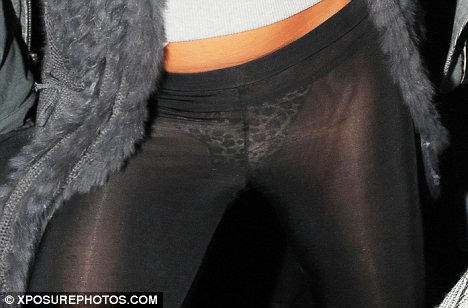 Well, at least she had a leopard print opaque thong on… I guess she was in a hurry and couldn’t be bothered with a skirt, thinking she’d get to her destination without being seen?  Katie has also gone for the Sienna Miller look in her own way.  What she’s wearing here is actually leggings with opaque and sheer panels, giving the illusion of tights and leotard bottom.

Exploring this a little further… can leggings be worn as pants?  Leggings can be seen as simply very thick tights without the feet.  But, there are women out there running around with leggings on and a top that doesn’t necessarily cover below the waist.

There really are women out there wearing leggings in place of pants.  Do you think that’s OK?  I think it very much depends upon the body’s proportions and the opacity of the material, plus the venue.  Jennifer Lopez has a very sexy body, but these leggings are exposing just a bit too much, even if she’s just trotting to her SUV from yoga class!  I have seen some horrific sights in Manhattan that can make one regret anyone ever thought of wearing leggings as pants.  Most of such fashion failures are probably in the USA, where obesity is at an all time high.

I don’t know… on Fantasia Barrino these look more like tights than leggings, as you can also see they’re sheer enough to expose the tag on the back seam in the panty.  Agg!  I was going to post a photo that shows an even bigger butt sausage-stuffed in tight leggings, but I don’t want to be responsible for anyone spewing their drink and ruining their laptop.  😉   OK, I got some requests to see it, so here you go: big fat butt in leggings. Don’t say I didn’t warn you.  😀

Leggings that leave the butt exposed are acceptable with jogging/running wear.  But after you’re done running, either change or put on a long shirt please.  The people in your presence will thank you for it, and forgo the penetrating stares.

Where am I going with this?  OK, there’s just one more stop on the fashion torture ride.  For the final bit, I bring you… jeggings.  If you watch Conan O’Brien, you might have spotted his first foray into cable television on TBS last December.  To help incite the shock value, Conan decided to appear on stage wearing jeggings.  Uh, leggings that look like jeans.  Believe it or not, it’s being attempted as unisex fashion.  Well, just as any type of fashion can be conceived beautifully or horribly, so goes the legwear.

Of course, Conan is a comedian and he was definitely doing this for laughs… at least as his primary intention.  I don’t know, he rather seemed to enjoy wearing them.  But I would have to say, this was horribly put together.  A button down dress shirt and tie just doesn’t work here.  A loose fitting quality long sleeve shirt with finished bottom edge that rests at pocket top level would do much better.  But guys need pocket utility and these… well, they don’t have pockets–just ones that are printed on.  Guys love pockets.  So, for men, if you’re going to sport leggings or tights, you’ll need something to provide the pockets, either shorts or a jacket.  And anything that pretends to be a pocket is just begging for laughs.  😀

5 thoughts on “Tights Are Not Pants”