Day after day, thousands of fashion models adorn the pages of magazines, websites, and the canvases of billboards.  What appears before us is a collaboration of model, clothing designer, fashion stylist, director, producer, and photographer.  The result can be just your everyday display of clothing, or a flaunt of daring haute couture that strains the seams of social tolerance.

Some fashion photo shoots go the extremes of edginess, and for some reason certain models get picked for this.  Maybe it’s their facial features, their personality, or a combination thereof.  But some seem to attract this kind of fashion display on a regular basis, in between the usual modeling.  They are well within the norm one moment, but in the next they barely resemble what we’ve known them to be.  Sometimes it’s scary, mind boggling, or even horrific.  One such model I recently discovered who frequently appears in edgy fashion shoots is Guinevere Van Seenus.  Well, even the name sounds unusual, like some strange character from the realm of Harry Potter. 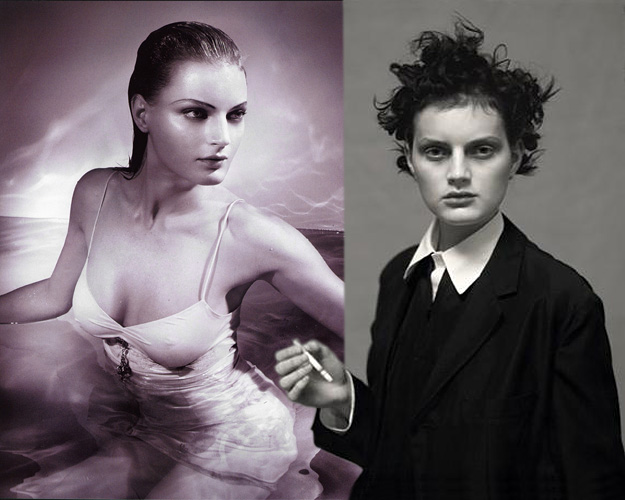 (Yes, this is a picture of the same person, made up to extreme differences)

Guinevere can look amazingly feminine in one moment, and surprisingly masculine in the next.  I think part of that is due to her jawline, which is wide and squared off, typically masculine in appearance.  In tandem with this is her eyes, which are widely spaced.  As a result, with the right make-up scheme, her features can be enhanced or diminished to present a feminine or masculine impression.  In quite a number of shoots I’ve seen, she presents a look that exudes masculinity or androgyny.  Dress her up in a very masculine outfit, and she’s more man than woman.  And that’s how I stumbled upon her, while researching androgynous styles.  It seems that some designers have experimented with this, clothing that could be worn by man or woman, sometimes incorporating tights.  One such designer is Rad Hourani, who was just recently featured.

(Gorgeous melding of Drew Barrymore and Susan Sarandon, then a feminine twist on Randy Travis or Elvis)

As you can see, Guinevere can really switch from one extreme to the other.  Here’s a small subset of photos I selected from the huge cache of her imagery across the Internet.  One could literally spend days pouring over the myriad of photo-shoots she has done.  I hope you enjoy this “taste of Guinevere” I present for you: 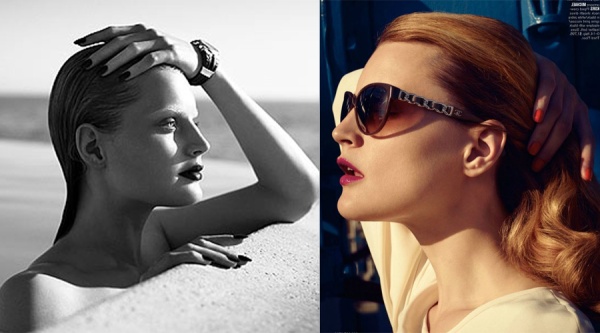 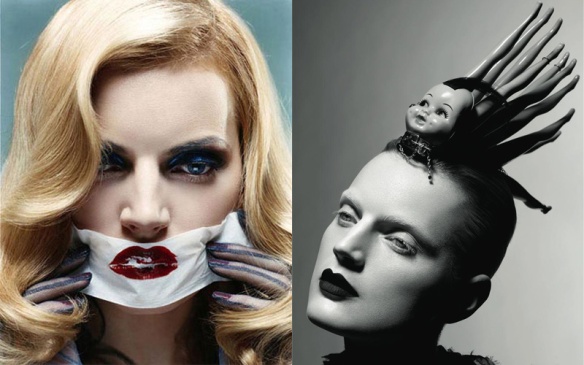 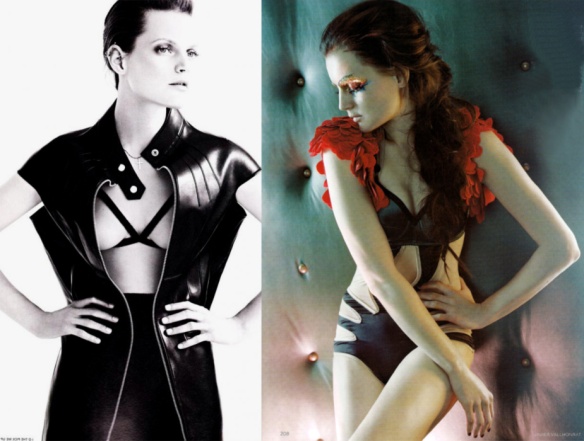 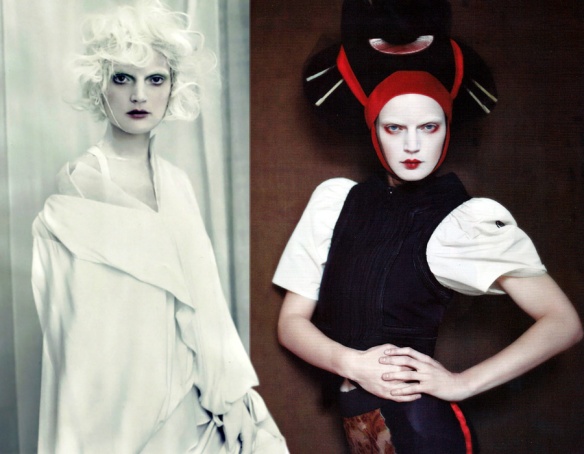 Some photos that I didn’t post are quite disturbing… one of her screaming in the nude and bound to a chair with plastic wrap.  Another, her features make her look like a vampire.  And there’s quite a few of her that are bare chested, some fully nude, that I felt weren’t appropriate for publishing (so, use a search engine and I’m sure you won’t have any trouble locating them!).

I’m really curious to see what she’ll be posing as next… she’s done pretty much everything from knock-out glam to macho man, from feminine artistry to creepy undead.  😉

Footnote:  I’d be doing her a disservice not to show her in her “natural” state.  She’s actually a very charming looking young woman who you’d never expect to morph into those crazy visages we’ve just seen. 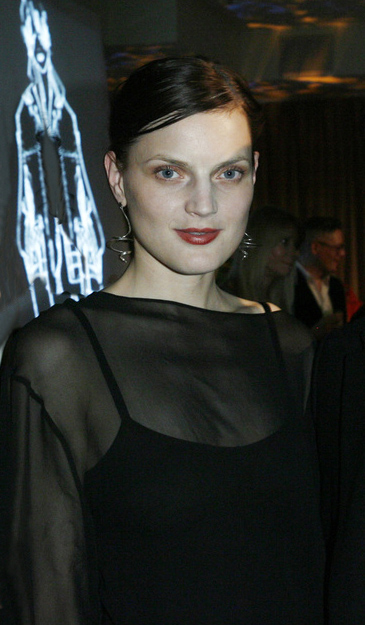 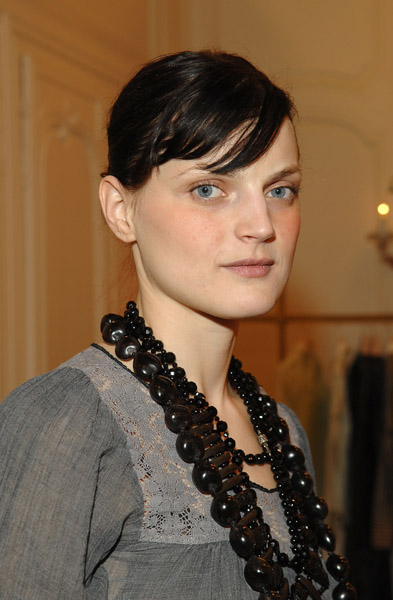